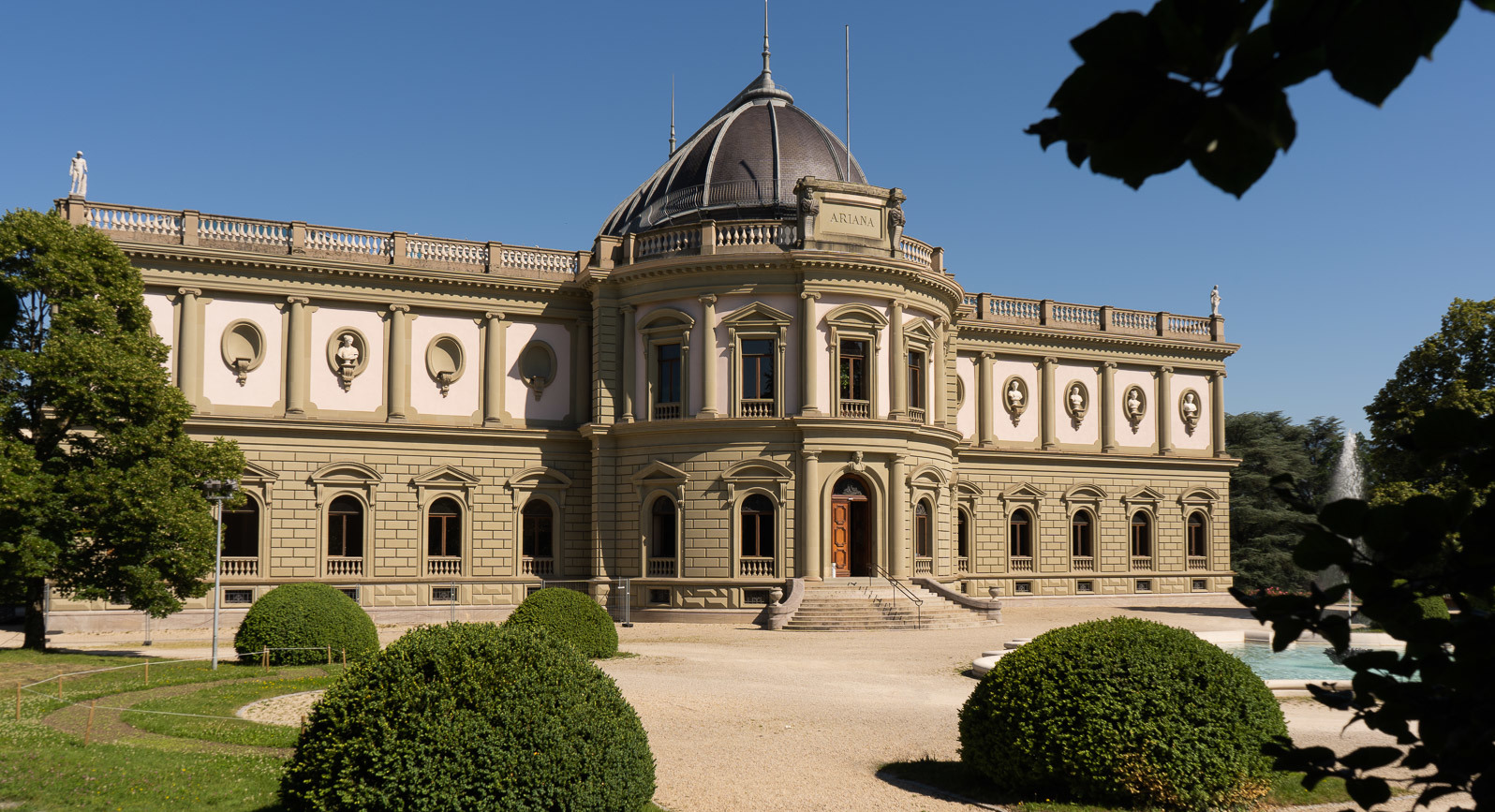 Just a short walk from InterContinental Genève, the Ariana Museum houses a remarkable collection of ceramic and glass artwork from the last 1,200 years. Also known as the Swiss Museum of Ceramics and Glass, the Ariana Museum contains more than 20,000 items, and is one of the finest museums in ceramic and glass artwork worldwide. The museum’s comprehensive collection dates from the Middle Ages to modern times, and features artwork from Europe, the Middle East and the Far East.

Bequeathed by Swiss art collector Gustave Revilliod to the city of Geneva in 1890, the Ariana Museum is itself a historical landmark and part of the city’s heritage. Construction of the museum began in 1877 and finished in 1884. Named in honour of Revilliod’s mother, the Ariana Museum is an impressive building featuring an eclectic mix of architectural styles. It integrates Neo-Renaissance and New-Baroque architectural elements, and features two symmetrical wings, an intricate colonnade, an elliptical dome and painted ceilings depicting mythological iconography. A striking building, the Ariana Museum is set within the pristine gardens near the Palace of Nations.

The Ariana Museum opens from 10am to 6pm, every day except Monday.

The works of art below are currently on display at InterContinental Genève.

Sandstone in plates, engobes under cover.